Some companies have shrunk their real estate footprints to reflect a need for fewer or smaller offices. More employees working remotely sparked the early wave of that. But now, that’s not the only reason organizations are abandoning spaces. Macroeconomic forces, including inflation, have nudged reluctant management teams into making decisions on office space reductions.

The switch to remote work can’t be discounted. Two-and-a-half years after the start of the pandemic, remote work seems to have some staying power. EY’s Future Workplace Index survey released this week found that more than 70% of employees are working from home at least two to three days a week.

In addition, the number of workers in offices could be plateauing: Data from Kastle Systems, a building-access swipe card provider, shows swipes at offices in the 10 largest cities have averaged 47% to 48% of pre-pandemic levels in the past month. That’s only a few percentage points above where occupancy stood last March. (Pre-pandemic, according to Fitch Ratings, office utilization was probably about 70%.)

Unsurprisingly, many organizations are dialing back their views on long-term needs for space. In spring 2021, according to global real estate company CBRE, 26% of companies surveyed expected their office space needs to remain the same over the long term. But a year later, that share fell to 9%.

CBRE’s office occupier sentiment survey of 175 corporate real estate executives also showed that last only 19% of companies expected to be fully office-based in the future. Nearly three-quarters (73%) are expected to have a hybrid system combining remote and in-office work. 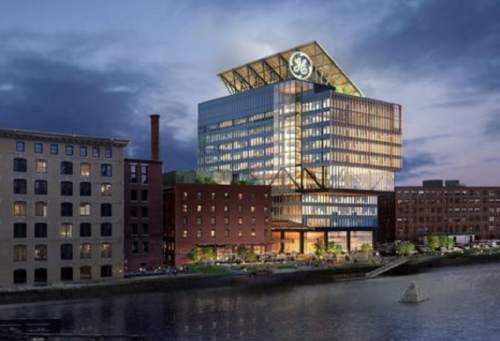 More than half (54%) of respondents to a worldwide CoreNet Global survey of corporate real estate decision-makers released in September plan to consolidate office locations and 42% are reducing the size of leases they are signing.

The list of companies that have eliminated, consolidated, and downsized offices include:

However, not all of this can be put down to letting employees work wholly or partially remote.

Higher costs from inflation, including wage pressures, and the possibility of recession have pushed some of these organizations to slash operating expenses. They need to preserve margins or slow down cash usage, and real estate leases of underutilized space are a prime target.

In the CoreNet Global survey, 62% of respondents said the current rate of inflation was impacting real estate decisions. About 40% indicated they were looking for “more cost-effective buildings and lower rents.”

Downsizing of offices is increasingly being “packaged” to the market as part of broader general and administrative expense reduction plans. For example, Roomba vacuum maker iRobot hopes to save $30 million by shrinking its global headquarters amid declining sales and a takeover by Amazon, pending regulatory approval.

Layoffs have paved the way for downsizing offices, too. Genetic tech company Invitae cut 1,00 workers over the summer. The medical lab company subsequently consolidated office space and its lab footprint, including reducing underutilized office space. The moves reduced cash burn by 35% over two quarters, according to Invitae’s third-quarter earnings call.

The commercial office space market has begun to slow down, but it’s going to be a long while before the full effect is felt. CFOs trying to anticipate a bottom in the market has a long wait.

The U.S. office vacancy rate stood at 15.4% at the end of the third quarter, an increase of 10 basis points from the second quarter, according to real estate adviser Colliers on September 30. However, vacancy is still “comfortably below” the record peak of 16.3% at the height of the global financial crisis, the firm’s third-quarter outlook said.

Only when large corporate leases come up for renewal will the market begin to reflect the influences initiated by the pandemic. — Drew Suszko, BHDP Architecture

But any larger declines in vacancy rates are still 12 to 18 months away, Colliers said. That’s because corporate real estate leasing cycles are long — terms are often 5 to 10 years, pointed out Drew Suszko of BHDP Architecture in a CoreNet Global blog. And businesses “typically make investments in their workspaces in coordination with lease expirations or renewals.” Exiting leases can be prohibitively expensive if it produces large restructuring or lease abandonment costs.

“Only when large corporate leases come up for renewal will the market begin to reflect the influences initiated by the pandemic,” Suszko wrote.

Organizations under lease can sublease to another company, but according to Colliers there is a huge supply of such spaces — 218 million square feet of sublease space is available in the United States. The prior peak was 143 million square feet in the second quarter of 2009.

Fortunately, companies that still don’t have a solid grip on post-COVID real estate needs can lower office space costs without getting locked into a long-term agreement.

“Sub-leasing [office] space will remain a cost-competitive, short-term option until there is greater clarity on business and economic direction,” Colliers noted.