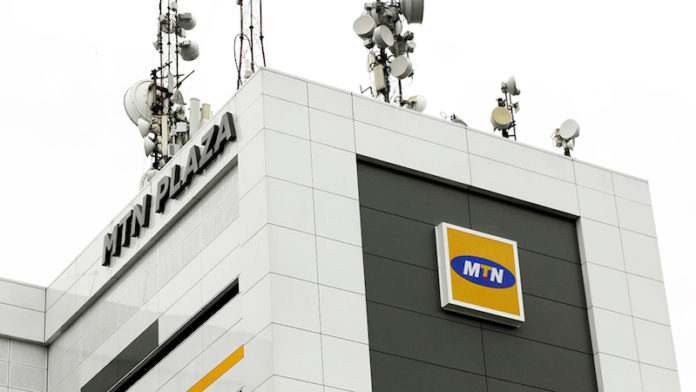 With the ease of COVID-19 epidemic restrictions, and the International Monetary Fund (IMF) projection that Nigeria’s economy is expected to grow by 3.7 per cent in 2022, supported by higher oil prices, gradual easing of the Organisation of Petroleum Exporting Countries (OPEC) production cuts and improved management of the pandemic, companies in Nigeria have emerged stronger in revenue and it has trigged N616.16billion profit in the first quarter (Q1) of 2022. In this report, Kayode Tokede examines 24 listed companies’ improved performance in profit that has lifted some stocks on the Nigerian Exchange Limited (NGX)

Amid the easing of lockdown and total removal of restriction measures on the COVID-19 epidemic, a total of 24 fundamental companies have reported N615.16billion profit in the first quarter (Q1) ended March 31, 2022, an increase of 21 per cent from N513.14billion reported in the first quarter of 2021.

The 24 companies’ unaudited financial statements for Q1 revealed a significant increase in revenue but a steady increase in inflation drives total operating expenses in the period under review.

Dangote Cement, MTN Nigeria, and Zenith Bank Plc are the most profitable listed companies on the Nigeria Exchange Limited (NGX) by value, according to THISDAY findings.

The sectorial performance also revealed that listed commercial banks on the Exchange reported a significant increase in profit despite mixed provisions for bad loans.

Despite reporting a hike in the cost of sales and operating expenses, the growth in profit by Nigeria’s cement makers, Dangote Cement, Lafarge Africa Plc, and BUA Cement Plc was boosted by the increase in revenue.

The chief executive officer of Dangote Cement, Michael Pucheros in a statement had said: “Our group volumes were down 3.6per cent mainly due to energy supply challenges in Nigeria. Our operations relying on cement and clinker imports – namely Ghana, Sierra-Leone, Cameroon – were impacted by the global supply chain challenges.”

On the backdrop of cement manufacturing companies reporting growth in revenue and profit, the only listed Nigerian construction company, Julius Berger Plc also benefited when its profit rose by 31.80 per cent to N3.73billion in Q1 2022 from N2.83billion in Q1 2021.

He explained further: “For 2022, we are likely to see increased sensitivity from the private sector and also taking into account that this is a pre-election year. In pre-election years, you tend to see more cautious activities in the real estate sector because of uncertainties in the world economy.

“For public sector demand as well, we don’t expect any significant effect in that space as we see preparation for the coming elections distracting policymakers from implementing the capital expenditure in the budget for 2022.”

Of all the 12 banks, Union Bank of Nigeria Plc, Guaranty Trust Holdings Plc (GTCO), and Fidelity Bank Plc reported a decline in profit.

The Chief executive officer, of the Union Bank of Nigeria, Mr. Emeka Okonkwo in a statement said the bank 2022 renewed its focus on turbocharging productivity and ensuring full leverage of the strength of its digital channels, regional network, and talent to maximise the bottom line.

The Chief Executive Officer of Ecobank Group, Ade Ayeyemi stated that the performance was achieved in a difficult operating environment characterised by the strengthening of the US dollar against local operating currencies, high inflation, high-interest rates, and tight labour markets across Africa as the Russia-Ukraine conflict continued to take its toll.

“Despite these challenges, we continued to support our customers effectively, which paid off as our businesses grew their revenues and profits. These were driven by trade, cash management, FICC, and payments, while we also achieved modest loan growth with support from higher interest rates.”

Despite posting modest performance, some listed banks have struggled to grow their stock price.

Analysts at Coronation Research stated that 2022 has been a challenging year thus far for Nigerian banks’ stocks.

Coronation Research in a report titled “Nigerian Banks: Q1 22 earnings review”  said, “Year-to-date, the sector index has returned a disappointing 7.4per cent and has grossly underperformed the broader equity gauge (NGX-ASI: +24.3per cent).

“Notably, it is the second-worst performing sector index. Stock performance within our coverage universe tells a similar story: FBN Holdings (+4.8per cent) and Access Holdings (+3.8 per cent) have recorded small gains, UBA has been flattish, while GTCO (-8.1 per cent), Stanbic IBTC Holdings (-8.3 per cent), Zenith Bank (-2.6 per cent) have fallen.”

Commenting on the unaudited result and accounts by listed banks, the Managing Director, ARM Securities Limited, Mr. Rotimi Olubi said: “Interest income has been a major driver of earnings across all banks. We have seen a significant increase in banks’ interest income due to a rise in loans from customers and institutions.”

Other companies with growth in profit

With the hike in global oil prices, listed petroleum marketing companies have also reported growth in profit. For instance, Totalenergies Marketing Nigeria reported a 46.97 per cent increase in profit to N4.37billion in Q1, 2022 from N2.97billion in Q1, 2021.

BUA Foods, Nestle Nigeria, Dangote Sugar, and Cadbury Nigeria, all FCMG reported growth in profit on the backdrop of an increase in revenue and a hike in operating expenses.

The Managing Director, Cadbury Nigeria, Mrs. Oyeyimika Adeboye in a statement had said the company’s current repositioning strategy is beginning to yield the desired results.